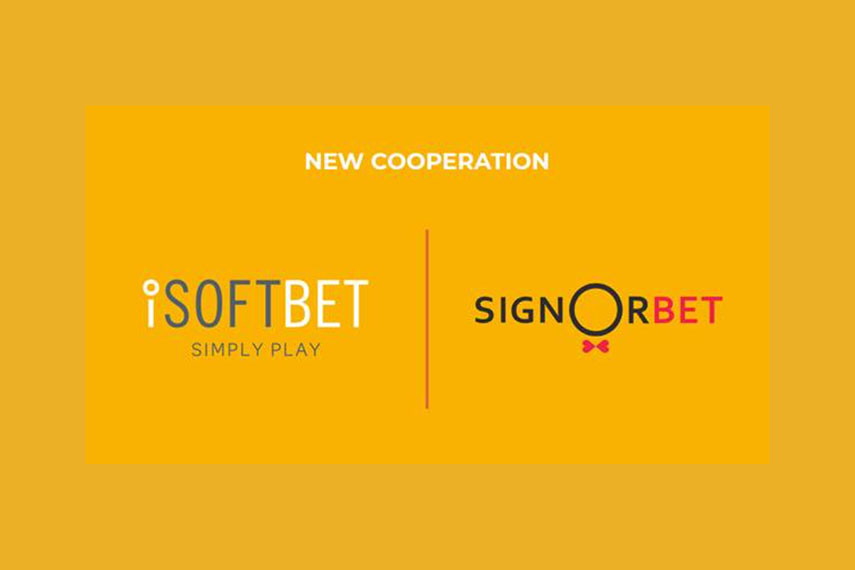 iSoftBet has entered into a content agreement with SignorBet.

iSoftBet, a leading online gaming provider and content aggregator, has signed a massive agreement with Italian operator SignorBet to integrate their most efficient proprietary and licensed slot machine content.

SignorBet, one of the leading brands in the regulated Italian market, will offer customers some of the most popular iSoftBet slots, including Gold Digger and Aztec Gold Megaways ™.

In recent months, iSoftBet has released several innovative products, including Hold & Win and Megaways, which appeal to a wide range of players. Building on this, the manufacturer launched Queen of Wonderland Megaways in Q4 2020. As part of the Twisted Tales slot machine series, the game combines Hold & Win elements and unlimited Megaways free spins to create a completely new and exciting gaming experience.

iSoftBet currently operates in 19 regulated markets around the world and provides some of the largest iGaming operators with the largest number of top performing games and the fastest way to market. The company prides itself on its speed to market with regulatory requirements and was one of the first companies to enter the Swiss and German markets following regulatory reform.